I recently noticed my last post on this blog was over 2 years old; seriously? Maybe it's time to catch up then, before I try blogging about some topics I've been interested in lately.

This is one lame excuse for stopping to write in 2011: after publishing my second game on Windows Phone 7 and Xbox Live Indie Games, I had to take a full time job and go back to working in an office rather than my apartment. I actually joined some of my former colleagues from High Moon Studios at Zynga San Diego, where I wrote server and client code for the web versions of Cafe World, Bubble Safari, Bubble Safari Ocean, and Ninja Kingdom.

I learned a lot in the process since I didn't know anything about Facebook games, PHP (on the server side) or ActionScript (on the client side) when I started, and I got to see what it's like to run a live game that reached 7M daily active users around June 2012 (Bubble Safari), and update it several times a week to keep the players happy and busy. I also got to renew my collection of free mugs and free shirts, but that's another story ;)

I had bought a MacBook Pro a couple of weeks before I started at Zynga, and although the new job was keeping me plenty busy, I began porting my game Jigsaw Guru to iOS in my spare time. The idea was to learn the platform and some Objective C, I wasn't planning on making any money with this project since there are tons of jigsaw puzzle games on the iPhone. This turned out to be even more true than I could imagine: despite getting more downloads than I expected (nothing spectacular though, about 14k), I haven't seen a single cent because I went with Mobclix for in-game ads, and they simply stopped paying developers around the time I published on the AppStore. Fortunately I'm not losing much, but still; I've never had any problem with Microsoft's PubCenter on Windows Phone 7, or Smaato on Android, but I would obviously recommend avoiding Mobclix and Velti (the company that bought them) like the plague.

Since I talked about downloads, here is a strange fact: when I published Jigsaw Guru on iOS, and although it didn't make much noise at all, I saw a significant bump in the number of installs... on Android! It cannot be a coincidence, the two dates match exactly. This makes no sense to me, I don't know how these people suddenly saw a game that had been on Google Play for 20 months already, it's a mystery. Oh well.

Porting Jigsaw Guru took me a bit more than a year, since there were a few periods when I was not touching it for weeks. I also spent some time playing with a free trial of Unity Pro, and once Jigsaw Guru got out of the way, I started converting Flower Garden to C#.

Flower Garden is an iOS game that, even if you never saw it at the top of the most important charts, has had a lot of success since it was created and published on the Appstore in 2009 by my friend Noel Llopis. It had not been ported to any other platform yet, and after verifying Unity should ease the pain of developing on Android, I decided to tackle that challenge. There was a lot of work to be done: the code base is about 3 times bigger than Jigsaw Guru's, understanding somebody else's code is slower, I had to replace UIKit with something else, make sure everything on screen would scale properly on the many different resolutions available on Android, and of course performance and stability have to be solid. As porting Jigsaw Guru already took over a year, this would have been an endless spare time project; but since I wanted to try being indie again at some point, after a few months I took a risk and quit my job to work on it full time.

Development took more time than I estimated (I know: what a surprise!), and I learned a bunch of things once again. For example, this is the first time I use in-app purchases, which definitely require a bit more code (for the shop) than ads. The game was published worldwide on Google Play at the end of October, and a few days later on Amazon. So far, it hasn't been doing too well: it's completely invisible in the store, very hard to find even knowing its exact name (!), and therefore downloads are increasing very slowly in both stores. Ratings are good though, so, hopefully Noel and I can figure something out, or get lucky. 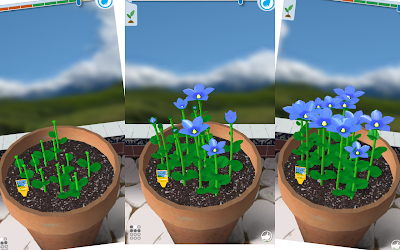 Anyway, that's all I wanted to cover this time, and as you can guess there is a good chance I'll talk about Unity and Android development (with Unity) in my next posts.