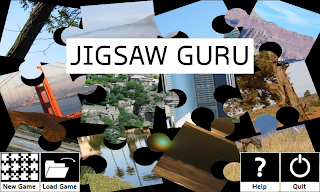 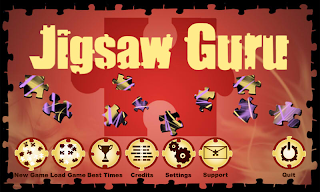 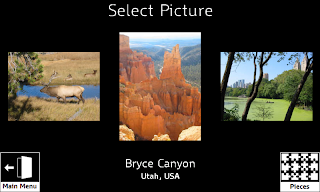 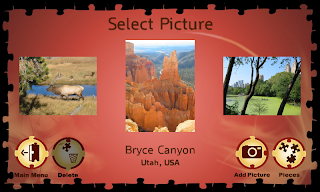 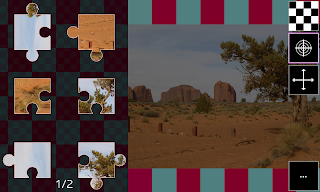 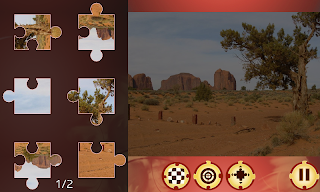 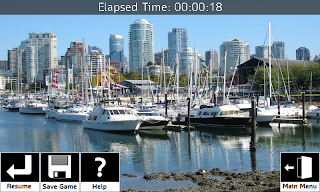 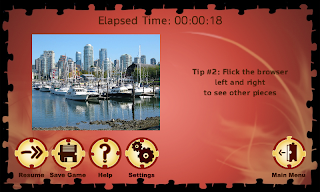 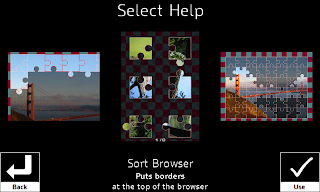 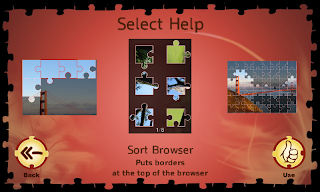 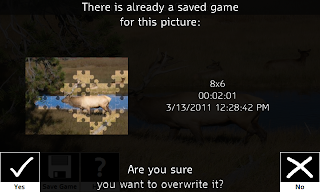 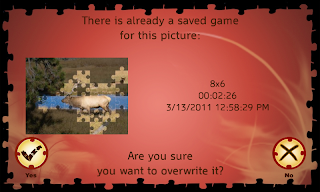 after
This is an example of a false good idea: you're on the pause screen, you hit the save button to save the current game, and instead of replacing the pause screen, this confirmation shows up on top of it (if you didn't see it, look carefully at the 'before' screenshot: you can see the full screen photo, and the 'save game' and 'help' buttons, 'behind' the current screen). In the best case scenario, this doesn't make much difference, in the worst case, it's confusing and less readable (not to mention: inconsistent with the rest of the application).
That's all folks
Hopefully this post convinced you presentation is important, and there's nothing wrong with working with other individuals who are more talented than you, while you focus on the things you like and do best. Also, when you program menus and other non-gameplay screens, try not to use a black uniform background: once you replace it with something else, you might discover some UI elements or texts don't work well with the new colors or patterns, and you'll have to spend some extra time to fix them. Believe me, I've been there.
Posted by Frederic at 6:36 PM 3 comments: